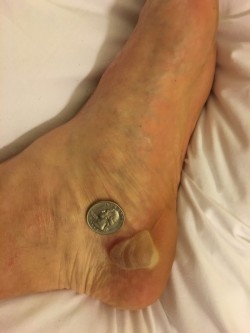 Today is day #14, and I am having my first true zero (-mile) day. Although that is really a misnomer, since I bet I have already walked 3-4 miles today going downtown to eat and resupply. I am at official trail mileage of 261.3.

I left the Copper Mountain trailhead on Friday, 7/1, and camped that night south of Camp Hale. Searles and Kokomo passes were not an issue, either from snow or wind. But it was cloudy all day, and rained all that night. The next day I made it to mile 158. On Sunday, July 3, I camped by the Willis Gulch trailhead after resupplying via drop box at the Twin Lakes general store. Had WAAAYYYY too much food, of course, so the hiker box and three C.T. Thru-hike dudes hanging out front (Chris, Devon and Asa, I think), benefited.

On July 4, Independence Day, I did not meet anybody until 10:00. By then I had already made it to Hope Pass, spent 20 windfree (rare) solo minutes there (rare), and was well down off the pass on the descent before seeing and talking ro anyone. Marched to Lake Ann that day, and camped by the lake at 11,700'. The next day it was up and over Lake Ann Pass and then along the deceptively LONG traverse across the front of the three Apostles and up S. Texas creek to Cottonwood pass. It was "only" 17 miles, but I was happy for the good hitchhiking karma when I received a ride from Matt, Boulder High School 1976 (small world) and his wife. Spent the night luxuriating in the Best Western in B.V. At this point I was at day #11 and 218.7 trail miles.

After the owner of the Evergreen Cafe assured me an easy hitch, I enjoyed my usual breakfast burrito there and then went walking along west Main with my thumb out and silly grin on my face. Within 15 minutes and five slow blocks I was picked up by Alesa, and we had a delightful conversation to the pass. She went out of her way before attempting Mt. Yale to take me the rest of the way to the pass, so I hope she had good fate that day, because the weather cooperated and was beautiful all day. Which was good for me, too, because the "Collegiate West segment 3", is recommended in a single day due to nowhere to escape from bad weather. And all day was literally traversing alpine bowl after alpine bowl with high passes separating each one. I count five passes or ridges or high points in the data book for this segment. And the WIND! At every high point the wind was crazy, so there was no luxuriating in the scenery.

From 9:00 a.m. on July 6 to about the same time below Chalk Creek Pass the next day, I did not see or talk to anyone, outside my own head. After leaving a very high and windswept camp, the 13th day was spent crossing over to Monarch Pass Gift Shop. Most of it was above timberline and as always, WINDY, by far the worst yet. I would guess gusts of 60 MPH, because it was hard standing up in a few places.

Made the gift shop around 5:00, and after some hassles procuring a ride, I was finally safely checked in one of the last open hotel rooms in Salida by 7:00. Since then I have been forcing myself to relax, and that having no trail miles once in a while is OK. I will leave for Monarch Pass early tomorrow morning, then it will be four to five days with no roof but the tarp over my head. But tonight, more food that has not been rehydrated nor contains oats!

Keeping it to a dull roar.