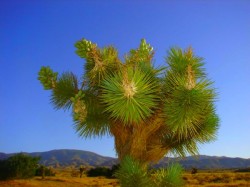 This is coming straight from my mind to type, with no middle man sister to edit or make sence of anything. Thank you Jenny for doing this for me for so long. Oh and I put up some new photos on the past couple of entries. Some of them are really good, but I can not take credit for them as they were taken by my friend Forager.

Here I am back in Alabama.

Here is a quick summary of what has happened since my last entry:

I made it back on trail for another 100 miles or so from Seid Valley (nobody came close to beating the pancake challenge). Made it into Ashland Or, where a fellow hiker turned trail angel for a week put me up along with probably 20 other hikers for a few days, H.R. Huff and Puff. A good soul and generous man who would give the shirt off his back in a snow storm for a fellow human being. After a couple of days in Ashland (a very cool college town, worth a visit) I headed back on to the trail another 100 miles to Crater Laker were Jeff AKA 'Merica had a few friends visiting him. One of his friends Kait took me home to Eugene and put me up for a couple of days until I took a train up to Portland were my sister's friend Adam B. allowed me to stay with him while I handled my business for the Air Force. Meanwhile Jeff hiked on and then hitched into Eugene to see the season opener of U.OR football which I had been invited to come back for by Kait. So I caught a ride down with a weekly commuter for free (Craigslist rocks!). Oregon football was kinda disappointing (despite it being a rivalry game vs. U 'Dub) for a southern man such as myself who was baptised in crimson. I managed to catch the Bama game vs Clemson however and was the only real fan in a beer hall of about 200 people. My outbursts got me all kinds of attention and lots of free drinks but at the end of the game it got me thrown out, I mean literally picked up and tossed out the back door. Eugene is a weird place.

After that weekend I took the train all the way up to my Oma&Opa's home in Olympia Wa. Were I was fattened up about 20 pounds. All I did was work out every morning and lay on a couch for the rest of the day. After about two and a half weeks I got the itch. I woke up one morning and step outside to run a few miles and it hit me that I wanted to get back on the trail. So I started calling all the numbers of people still out on the trail and low and behold Wing-it answered. She was off for a couple of days going to the doctor. As it turned out she and just about everyone else I knew was about at the point were I thought would be the most reasonable point to jump back on in order to hike 300 miles before my flight out on the 6th of Oct. So the very next day I took the bus from Olympia to Snoqualme (for only $ 3.50!) and caught a random hitch at a gas station from a couple on their way to an October fest in east WA. I was invited to go the whole way and I admit I was almost temped due to the whole randomness of it all, think Sacramento river :), but they dropped me off at Snoqualme Pass were I immediately met up with some hikers I knew.

A day, many beers, and one very uncomfortable hotel employee later I was back on the trail. And God I was so happy. The weather was shit, physically it was miserable, but I was happy. In the morning we woke up to 3 inches of snow! This made for miserable conditions with most of our gear soaked and temps in the mid 20's. But it was beautiful. A couple of days and 100 miles latter and losing a couple of hikers from our group (namely the hikers that make up Team Failure, you know who you are!) Wing-it, Rubiks, Albert, and I made it into Skykomish. Rubiks's father picked us all up at the trail head and even bought us dinner and a room for us to dry all of our throughly soaked gear. Made it back on for the stretch into Stehekin the next day. More miserable conditions made sure we were soaked again the next day and trail conditions are horrable due to some sever damage in '03 that has never really been cleaned up, but Glacier Peak Wilderness made it worth every painful slip and climb. We leap froged with several more hikers during that strech and made it in 4 days. Missed the famous bakery there because it was a sunday. We made it in and out on the same day, but I vow to go back there one day. Stehekin is a very remote town of about 80 people that is only accesable by foot or ferry. Beautiful place that reminded me of Lake Konnigsee in Bavaria. The final stretch was one of my favorites. The weather was beautifull and the scenery was beyond words. We met up with Mr. Huff and Puff and Squatch (a guy who makes documentaries of the trail, He filmed me a good bit and I am hoping to make an appearance in his next film especially because I would get a free copy then!)

On Oct 3 we awoke and hiked the last 7 miles to the border. About 1/6 of a mile before it you see an obviously man made feature of a clear cut line in a mountain. At this point you start running and yelling war cries. At 10 am we arrived at the border and popped the cork of a 10 pound bottle of cheap champagne we carried 90 miles. Celebration was abundant. Many urination's from American soil onto Canadian, photographs, and obscene gestures with the monument were made and we started the thousand ft climb into British Columbia. In Manning Park Rubik's father picked us up. Every ones family was their some even surprising hikers. I was adopted by Rubik's father, Steve, who's generosity made me feel like I was his own son; feeding me, letting me stay with them, showing concern for me, ect. He even picked me up some Cubans (I stared the trail by smoking one and by God I finished it in the same style!). The next day Steve gave me a ride back into the US and surprised me by driving me all the way down to Olympia. The next day I caught a flight back to Alabama. And that was the end of the so far greatest saga of my young life.

Tomorrow I go into the MEPS on Gunter AB annex and sign my contract and lift my right hand and say the words my father and his father before him spoke. I ship out to Texas Feb. 2 for basic and then aprox 9 months of some of the most grueling training in the US military. At then end of it I will be a SERE instructor for the USAF.

The trail broke me. And then it built me. I saw the dark side of my mind. I saw the wonders of the world. I saw human beings at their finest. I saw the world in a light. I saw moments that only I and God will know. Moments that have never been and will never be again. I found self reliance out there. I found confidence. I found faith; in myself, in man, in God. I found God. I found a God that I am comfortable with. I found my God. I found a me that I am comfortable with. A self that can never be taken by perceptions of others or of society. I discovered what is real. What is important and what is not. How simple we are and how simple are needs are. I found them met in abundance out there. I found happiness. I found truth. By breaking with convention I found solid truth that is so far removed and distorted by our modern age of convenience. The trail carried me for 5 months. I will carry the trail for the rest of my life. God bless everyone, and in the words of my 1000 mile partner, "Have a peaceful day" :)