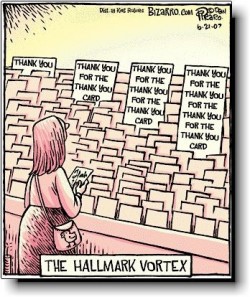 For those of you who supported us and
helped us on this massive endeavor, we are dedicating this page.

We know it is just a simple thank you but it truly comes from the heart.

(We attempted to list everyone just so a reader can see how many people provided help and how much people care.
We know there are some who didn't get credit - but you know who you are. Thank You!)

Everyone who has signed our guestbook. Your support is greatly appreciated!

All of the hikers we met along the way who offered support and encouragement.

All the volunteers and organizers of the KickOff party.

Craig for his PCT Planner

Halfmile for his maps and GPS data - we would be soooo lost without this data (if you use them, why not donate some bucks to the PCTA in Halfmile's honor, click here)

Onepole and Hema for nutritional information

Elevator (Jeff) for some great insights into hiking the Sierras in early season, and menu planning

Whoever left that fine half-bottle of Tequila for us in Idyllwild! EyiiiiYaiiiiiYaiiiiiiiiii

Jeff- the guy that picked Jack up hitch hiking 2/7/11 in Encinitas (when he ran out of gas!). Yes, hitch hikers, you too can hitch without a "ride bride"!

Malto - For giving us the "master's secrets" for packaging up 50 pounds of maltodextrine drink mix.

Gail Martin of Perfection Athletic Wear for donating time and materials to help Barb solve her "What underwear to bring" problem. Testing a bunch of new fabrics and custom samples!

JES and JT, our two great friends who showed up and helped us pack food boxes for two days - Then took us out to dinner!!

The two guys in the Jeep that picked us up hitchiking on day one at Campo - you are our first official ride!

Chuck and Gina for the ride back to our car at Lake Morena - plus you set Barb up for the perfect trail name!

All the angels of Section A: You guys rock! Especially the forces behind the Scissors Crossing and Third Gate water caches

AsABat - The water report guy, and all the hikers who helped update the reports.

Tim at Dr. Mozlin's Optometry in Encinitas for making TTK's sunglasses bombproof - no charge! (super glued a lens in and replaced nose guards)

Jim at the Foot Depot, Encinitas - an expert - those metatarsal inserts are super!

Mike Herrera at mile 127 - You do a great service for us thru-hikers. Sorry we couldn't stay longer and thanks for supplying all the tortillas at the KO. You're a good man, Mike!

JJ from Pine Valley- You are truly a saint, taking your little beater car up Black Mountain truck road - you saved us from another night in the cold.

Bobby and Diane - We met you at the Paradise Cafe on May 2. Your offer for hospitality in Mammoth is magnanamous. We hope to see you there.

Larry - ride from the cafe in the back of your truck

The staff and owner of Idyllwild Inn - You don't have to wash our stinky laundry for free but you do!

Tim H. for giving Jack a new headlamp when he heard his was lost. -Whitewater Preserve, mile 215 - The headlamp went all the way to Canada!

Dick L. - We were freezing up at Cusenberry Grade above Big Bear. You stopped your truck and gave us a ride. Cranked up the heat and went a long way our of your way to take us to the Hostel.

The folks at Big Bear Hostel

Corinne at the Big Bear Fire Department - took us around town in her car during her lunch hour - Muchas Gracias!

The water cache angels and the food and drink angels. Let's see, Team Turtle, Big Bear hostel, Mr. Parkay, the Andersons, the powers behind Cache 22, the Swarthout Ratz, Lloyd at Windego Pass, and so many more! (some listed below)

Dave and the dirt bike guys at mile 305, WATER!

Lori and her dog, mile 369 gave us a ride where there was zero traffic (to Wrightwood)

Mountain Hardware, the store in Wrightwood - they hold packages for hikers

Becky, a local angel, gave four of us a ride back up the hill to the trail near Wrightwood

The pizza kid in Agua Dulce, when you got off work, you gave us a ride right to the Saufley's front door.

The Saufleys - Such a well organized hiker friendly place!

The Andersons - Peace, Love and rock and roll!

Bob at Hikertown. You are providing some great amenities there for us weary hikers

ErinAnne for offering a ride from Walker Pass to Lake Isabella, we got a ride with Tom from KM

Rockin' and Dan for opening their home to us (Tehachapi). It was wonderful staying with you both. Many thanks!

Trawler Cat - You got a ride back up to Walker Pass and had your ride stop for us along the way (Thanks Ted, the driver!)

Tom from KM - Again, you provide so much for us thru hikers at Kennedy Meadows, we were "Pancake Speeding" to get to your place

Shana - We never met you but you sent us a small package of goodies to Lone Pine - thanks!

TJ and Suzanne - Gave us a lift from Lone Pine all the way to the KM turnoff, And Steve who picked us up from there and drove us up the hill - We were lucky that day!

Duncan and Barb - Our great NZ friends for expertise and companionship on the trail northward.

Uber-Bitch and Bristlecone: Provided ride services from the Kearsarge Pass Trailhead to Independence - It would be a very tough hitch otherwise.

The staff at the Courthouse Motel in Independence, especially Eric - Dude you rock!

Pat, Crystal, Dianne, and Bobby: Our (newly aquired) Mammoth friends - housing and food at Mammoth. Thank you so much!

Ben and Kate, the Aussies - We found that Fosters you left on a rock in Desolation Wilderness (Mile 1122)

The Ski Lift Maintenance Crew at Alpine Meadows - Checking the chairs, you let us load and ride down to the main lodge! Perhaps the most bizarre "hitch" of the trip!

Paul and Alice: JnB met them in Bhutan - They opened up their home in Squaw Valley to the three of us. Many thanks!

Mary Pat - A hiker and journal reader. Out of nowhere, she offered to give us a ride from Reno all the way to Old Station - 140 miles one way. Later she met Jack and provided transportation and assistance in Yosemite NP. Many thanks Mary Pat!

Tarzan and Zelda - Great to meet you both! Thanks for the moral support when Boo Boo was forced to head home and thanks for the help getting around in Dunsmuir (July 10th)

The staff at the Cave Springs Resort in Dunsmuir, especially Louie Dewey who let us use his truck, and Robert for the ride back to the trail

Nancy W. for the kind offer of a five star rest stop near mile 1,262

Curtis, Julianne and Barb (yes, Boo Boo Barb!) who found us at mile 1566 and brought lots of food, beer, and other goodies.

Lowell and the staff at Camp Unalayee (July 14th)

The Student Conservation Organization (SCA). They have been on the PCT all summer at various locations, repairing and cleaning up the trail. - Sterling, Travis, Jessica and Tessa plus all the others, Thank You!

Callahan's Resort - They have a special fondness for PCT hikers and offer a super food and lodging deal. Thanks Ron and Donna!

Nick - the hitch from Callahans to Ashland

The Ashland Hostel too is super hiker friendly and has a bargain rate for PCT hikers. Thank You!

Frank, who gave Jack a ride from Reno all the way to Mammoth - this was his longest hitchike on the entire trip! (He then got another quick hitch up the hill to town)

Team Turtle for the fruit at Agnew Meadows (I am back in CA, on a "flip" recovery)

John and Kyle - campers in Tuolumne Meadows who helped me out and gave me some chow.

Tom, for the ride from Sonora Pass to Kennedy Meadows (North) Resort - updated Jack on the Tour de France results

Jeff B. - A friend who drove up to KM (north) from Modesto and brought food and beer. Zeroed out a day, rested.

Meadow Mary - set up a cooler with more magic!

The Red Moose Cafe and Inn - Sierra City - run by Bill and Margaret Price - what can I say? "Uber-Angles"!

Lawrence and Jean - gave me a ride in Belden Town.

Sean and Erica, at mile 1342, out dusting the countryside in their truck stopped and gave Jack beer, food and good company

Drakesbad - All hikers should stop here! Thanks guys

The postal lady at Old Station - she connected me with Donna Saufley who scored me a ride to Reading with Pro-Deal (all camping there). Thank you everyone!

Ross for the ride from Ashland to Callahans

All the volunteer "Trail Beavers" who clear the PCT of fallen trees - This is a very big THANK YOU!

Lost and Found set up a big trail magic station at mile 1988 - I missed it. But you did good girl! Oh, and the sweet treats on your birthday near Lake Morena!

Jeff - gave me a ride to Zig Zag and tried to outrun the NFS truck to get me back on the trail - good attempt, Jeff!

Mathew, the ranger at Zig Zag for the ride to the Portland area, and Sara for the lift over to Cascade Locks

Sharon at the Bridge of the Gods Motel (Cascade Locks). Very helpful and friendly staff.

Shrek for trail magic at mile 2232 - cold drinks and food

Joe the hiker, for the lift down the hill on a very empty road to Trout Lake

John, who lives near Trout Lake and provides rides back up the empty road to the trailhead (he is listed on a ride board)

Yakima Dave - for offering us a ride at White Pass (Washington)

Tequila John for the limes

Not-Phil's-Dad who set up a big trail magic station at Tacoma Pass (mile 2373). Just one more hot dog before I move on!

Danny, who gave me a ride from Stevens Pass, down the hill to Skykomish

Jerry Dinsmore - He and his wife, Andrea host hikers at their home - Jerry ran my boxes up to "Sky" for me.

Judith - gave me a ride back up the hill to Stevens Pass - and later met me on the trail and downloaded some chocolate chip cookies on me!

Bill, the bus driver in Stehekin for the chicken he scammed from the resort. Jack had three dinners that evening!

Dan in Bham - for offering some serious trail magic when I was at Hart's Pass. Sorry Dan, the timing was off and I got hammered by a snowstorm instead.

Jim and Michelle for taking care of our house and sending out resupply boxes while we were hiking - And, of course, Kimo (Jim) the videoman!

Lastly, I want to thank Boo Boo once again for handling my resupply boxes from Mammoth northward, and providing so much support when I was solo on the trail.