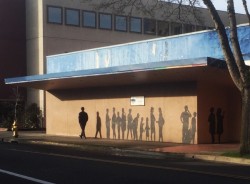 In 2014 I hiked the Pacific Crest Trail from Mexico to Canada in five months, 1 week, and 1 day. I finished the second week in September of that year and was darn glad to stop hiking. Don't get me wrong, I was jubulant to have completed such and epic trip, but I was exausted, emaciated, and just plain tired of walking. I didn't have much time to rest on my laurels, though.

My wife was getting ready to retire and we planned on selling our long time home in Texas and move out to Eugene, OR in the summer of 2015. I spent the fall and spring getting the house in shape to sell and weeding out 30 years of accumulated stuff to make the move possible. The house sold, the remaining stuff got packed, the truck was loaded, and we drove 2000 miles out to Oregon. We eventually bought a house and moved in. Then we drove down to Sacramento, CA and moved my 90 year old mother up to Eugene to be near us. Unfortunately we discovered she had terminal bladder cancer after she arrived and have spent the last 7 months helping her. She passed away peacefully last month and we are working on getting everything sorted out. She will be dearly missed, but she went out with a sharp mind on her own terms and for that I am glad. Now it is time for me to move on. Hence- my new quest.

At just under 500 miles and traversing some of the most beautiful areas of the southern Rockies, The Colorado Trail should be an awesome journey. I am getting psyched and will attempt to be physically ready to go in July. As with my previous journal on the PCT, I will post occasional entries about my preparation throughout the Spring and early Summer and then attempt to chronical the trip daily on the trail. I have to admit I will struggle to get back up to the 20 miles a day I did on the PCT and I am not getting any younger, but so far still in pretty good health at 65.

Well I will leave it here for now and remind you that- The Journey Is The Reward.

Click this link to go to my PCT journal